We are officially on school holidays (Sam still has 2 days of kindy to go, but I'm just ignoring that).  The mood in the house is already far less stressed and a lot more fun than it has been for the past fortnight where I'm sure it took 7 requests (or, more to the point, requests that escalated to nags and then screaming banshee episodes) before anything I asked to be done got done!

However, the playdates and sleepovers are starting this week, I'm still got demonstrations happening, have something on every night this week AND I haven't even written a Christmas Menu or started to think about Christmas presents.  So, the mood in the house has calmed down but in my head there's still a band of little men jumping up and down and screaming at me "Get Organised, Get Organised".

So, this week I'm trying to listen to the little men and accept that it's not the week to be trying a bunch of new recipes.  Rather, it is the week to get the gazillion recipes I've been testing finished and blogged!  I'm starting off on the right foot - menus for the week are organised and the fridge is stocked and ready to go!

Wednesday:  Leftovers for the boys, while Paul & I are at Anise.

Friday:  Steph Berg's Okonomyaki from In The Mix was a huge hit a fortnight ago, so we're having that again to celebrate Sammie's final day at kindy.

The weekend is full of Christmas parties and the boys are feasting at my Mum's place on Saturday night (where she's already planning to feed them Apricot Chicken Rissotto from the EDC - I can't stand apricot chicken in any style (too many Maggi versions fed to me as a child, I think!) whereas the boys love it, so she's sure to be popular).  On Sunday, we're doing a re-run of Jo's sensational Chicken with 40 cloves of garlic.

Now, I'm off to heed my Get Organised mantra of the week! 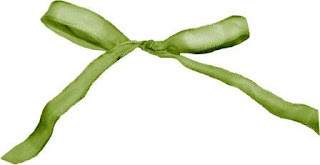